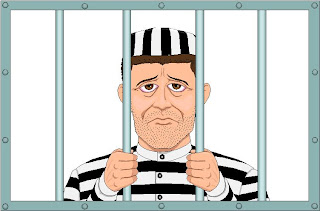 I don’t break the law, and no it’s not because I’m some kind of “goody two-shoes”, well okay maybe it is, but it is also because I’m afraid of being sent to prison. I’m not a tough guy by any means, I’m about as hard as Charmin, so if I was ever to be in the joint I have no doubt I would be somebody’s bitch in no time flat.

Now I wouldn't mind going to prison if it was like that all female Showtime after dark kind of prison, that I would be okay with, but if it's like Oz from HBO then I'm screwed...both literally and figuratively. Well let’s be honest here, I would probably still get my donkey kicked in the all-female prison too, it would just be with a little more sensitivity.

I'm not even going to try and front, I'm a complete wuss, I know my shirt would be tied up in the front and I would be wearing lipstick shortly after the cell door slammed shut. I'll be sold for a pack of cigarettes back-and-forth between inmates, holding onto someone’s belt loop while calling them big daddy and handing over my commissary like as if I was being bullied for my lunch money…so sad.

I would be face down ass up my first night there, those scary inmates would be treating my booty like a target with their meat sticks being the darts. My hole would be violated in so many different ways it pains me to even think about it…I wouldn’t even be able to sit down the whole time I was there without feeling as if I was sitting on a cactus. 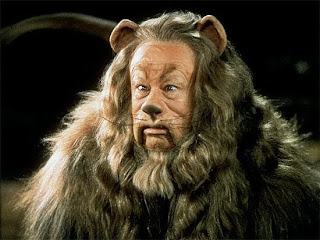 Every night I would cry myself to sleep, using my orange overalls to wipe my tears away and to muffle my desperate pleas for freedom…or death, whatever would be the quickest. I wouldn’t want to wake my celly because with my luck he would have morning wood and feel like getting freaky with my anus again, and I just couldn’t take any more ass pounding.

I also wouldn’t get lucky enough to have a celly like Gene Wilder did in Stir Crazy, there would be no Richard Pryor, I would be stuck with someone more like Deebo from the movie Friday. My celly would be some muscle bound roid head that makes license plates with his teeth.

I would try to tunnel my way out like Andy Dufresne did in The Shawshank Redemption, or maybe even try to sneak out with the laundry, and if I wasn’t able to escape then I would consider making a shank out of my toenails and stab myself to death just to put me out of my misery.

I wonder, do they have something similar to the “teacher’s pet” in prison? If I sucked up to the warden could I be his pet, could I possibly save myself from years of torment and butt abuse? Would I be able to keep my manhood intact and save myself from many nights of crying myself to sleep? 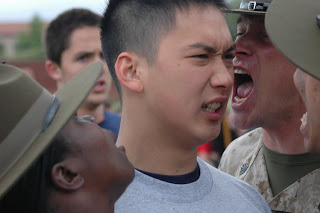 Oh who am I kidding, my warden would be like some crazed drill instructor that got his rocks off by putting little piss-ants like myself through the ringer, making me more of a man…boy would he have his work cut out for him, because this girlie man is more girlie than man.

So needless to say, if I found myself in a predicament where the outcome would be prison, I would be sucking on the barrel of a 12 gauge like a baby on a breast and saying goodnight nurse.


My thanks...
I would like to thank God for this opportunity, my mom and all my dads, my record company and of course all my incredible fans all over the world…
Oh wait a minute, that's the wrong thank you list, that one is for when I win a Grammy.

Here’s the “write” one…
I want to thank all my lovely co-hosts, who are all amazing writers, extremely funny and the best thing since sliced bread. So do yourself a solid and check them out…you won’t be sorry.
Terrye @ http://misplacedalaskan.com/
Julie @ http://www.juliedeneen.com/
Kate @ http://www.canigetanotherbottleofwhine.com/
Sarah @ http://thesadderbutwisergirl.com/