“I Can’t Place the Face, but I would Recognize That Ass Anywhere” 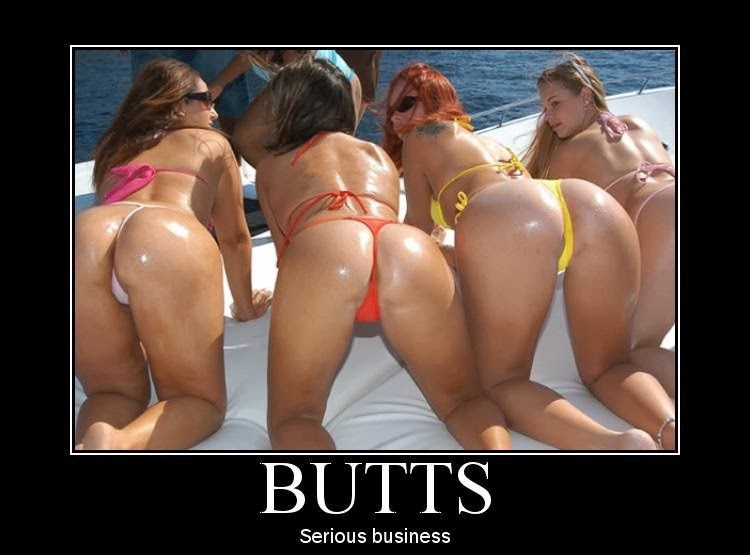 I recently started working with a man doing home repairs; and the job requires us to drive to a bunch of different locations on a weekly basis, so needless to say we are on the road a lot, and we see a lot of different people.

Today while we were driving down the road we come across a woman walking; she was traveling in the same direction as we were driving so all we could see was her backside, the junk in her trunk if you will.

My boss, while steadily staring at her ass and panting like a thirsty dog, blurted out that he would know that ass anywhere.

Intrigued by his comment, and wanting to know more about this hottie, I asked him what the rest of the package looked like, you know the headlights and such.

He replied back, “I have no frigging idea, I only know her by that must be jelly because jam don’t shake like that rump roast, and I have never actually seen her from the front”. 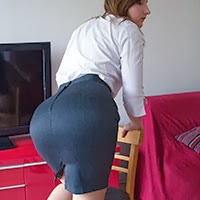 His response (even if odd) got me thinking, could someone really know an “ass” anywhere, even if it was one of the hottest derrieres they have ever seen, it has to be hard to tell a person by the ass they were carrying alone?

I was wondering if he ever met her out would he be like I think I know you but I can’t place the face, could you do me a favor and turn around, bend over and touch your toes, and once he saw that hiney he would be like, “oh yeah you’re so and so from such and such, I may forget a face but I never forget an ass”.

I suggested to him that since he was such a coinsure of the booty, that at the next social gathering he attended he should have people wear their nametags on their buttocks instead of their chests, that way he would be able to put a name with that ass.

And what if he was blind, could he read ass like as if it was braille, or too avoid getting slapped in the kisser, would he just have to rely on that special aroma the ass emits.

What if he was in one room and an ass was clapping in another room, could he hear it like a mother can hear their baby crying when they are in different rooms?

I just had so many questions; I was really amazed that this man could tell who someone was just by their bum bum, he must have seen more butts than an ashtray during his time on this planet to acquire this incredible skill, if he was a superhero his name would be “Captain Proctologist”.

“Getting Busy in the Sheets…Doing it Ghost Style” 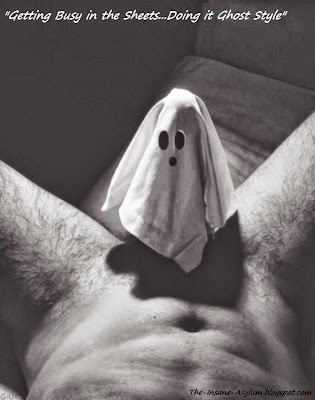 I think my place is haunted!

By that I don't mean the kind of ghost you would find in an episode of Scooby Doo, that is really just some dude who is up to no good in a disguise, but rather an invisible being who is there but at the same time not really there...if you catch my drift.

Now I don’t know if I’m dealing with Casper here, or something you would find in one of the Paranormal Activity movies, but what I do know for sure is that Mr. Spook is up to something and he's not looking to be BFFs.

There are times when I feel like I’m being stuck with something, and I don’t know if it’s a ghost shank or a creepy cock.

When you can’t see the said object it is kind of hard (pardon the pun) to tell what it is, and at the same time very disturbing.

What worries me, is that I am one of those mouthbreathers you hear so much about, and I would hate to be sitting on the couch watching my favorite television program while some ghoul is shoving my pie hole full of ghost cock.

Getting pounded by a perverted poltergeist if you will.

Speaking of which, does it make you gay if you unknowingly give a BJ, and I don't mean a Bartles & Jaymes, to a ghost?

If there was a movie based on my life would they call it, "Brokeback Haunted House"?

I thought I heard moaning the other night, kind of sounded like a banshee, but I don't know if it was real or if the bastard was just faking it like the majority of my girlfriends.

I pray to God that he didn't shoot his ectoplasm all over me (giving me a slimer), especially in my mouth, because that would be totally grodie. 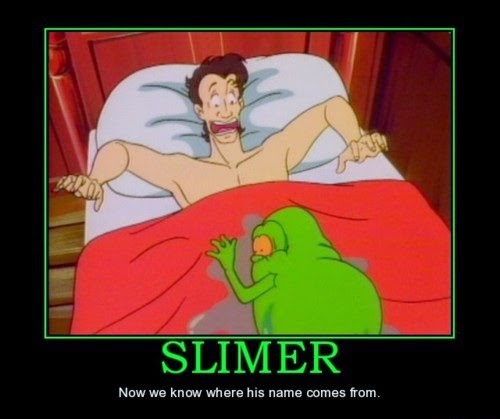 Also, for the record, I would definitely spit, there's no swallowing going on here...sorry boys!

I may have been raped by a spirit, had a close encounter with an apparition, and I may need CSI: Ghostbusters to figure it all out, there's no doubt who I'm calling.

I don’t know if my ghost is gay, not that there’s anything wrong with that (mad props Seinfeld), or just some kind of freaky supernatural being.

Regardless, either way I’m worried that if I called in an exorcist that I would be labeled a gay ghoul basher, and I’m not about that.

What to do, should I just lay there and let him have his way with me, all with the hopes that he will treat me like a one night stand, that he would bang and bolt?

However, with my luck he may realize what a piece of ass I am and attach himself to me as if he was a barnacle and I was a ship's hull (I'm sexy and I know it).

Then I would be stuck with a ghost stalker who’s always trying to earn my love.

I guess I’m just going to have to suck it up (not talking about the spiritual spooge here people, get your minds out of the gutter) and just let things happen as they will.

The whole time hoping I don’t get impregnated…hey if a virgin can have a baby why can’t I? 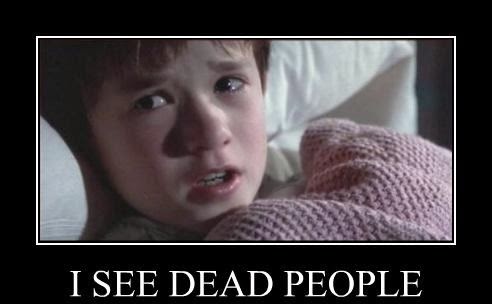 Where’s Haley Joel Osment when you need him?

I would really like to know what this sexed up soul was really up to, why is he messing with me, why is he treating me like his bitch.

No daddy I don't want to pet your phantom penis!

Oh sorry, just a childhood flashback...don't worry, I'm seeing someone for that.

“Blogging, the Other White Meat” 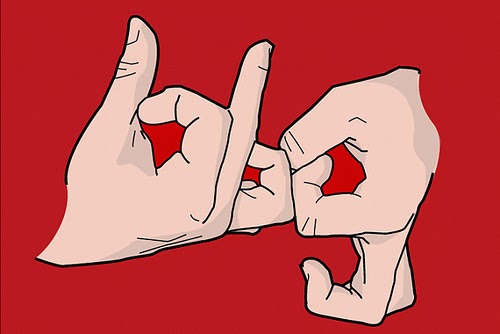 To us writers the world of blogging is lot like high school, and the physical act itself is like the cigarettes and other extracurricular activities that were frowned upon by the authority, but thanks to good old fashioned peer pressure and the mindset that “everyone else is doing it”  we jump on the bandwagon and start our own blogs.

The bloggers themselves can also be compared to the various student types you would find within the classroom setting, like for example the “teacher’s pet”, these are the people who play it safe, they stay within the lines of the highway known as life and they write what they believe the teacher (who in this case would be the general public) wants to read.

Next you have the rebels, the bad boys (or girls, don’t want to sound sexiest here) of the blogging world, the Zack Morris type if you will, these are the people who go against the grain, who go out of their way to stray from the heard and only write things that they believe would result in shock and awe from the reader. 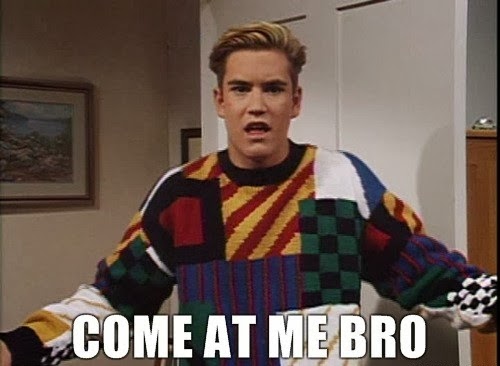 Then you have the so-called brains, the bloggers who believe that they know it all, and without them and their vast knowledge of the world and all things in it, we would be completely lost and roaming around like a blind person without a cane and/or any other instrument to help us find our way.

Finally we have the screw-ups, the writers (if you can call them that) who have no frigging idea what they are doing and why they are doing it, they believe just because they have a blog that they are a writer, they don’t seem to realize (or care depending on the person) that writing requires skill and talent, not just the ability to push random buttons on a keyboard like a chicken feeding on corn.

To me personally blogging is a lot of fun; it’s a way to express myself without having to listen to other people’s opinions and/or their feelings on the particular topic I so choose to discuss, in a way I feel like a god, now granted not a god you would find on Mount Olympus chilling with Zeus or one that has thousands of faithful followers doing my bidding, but nevertheless I am still a god. 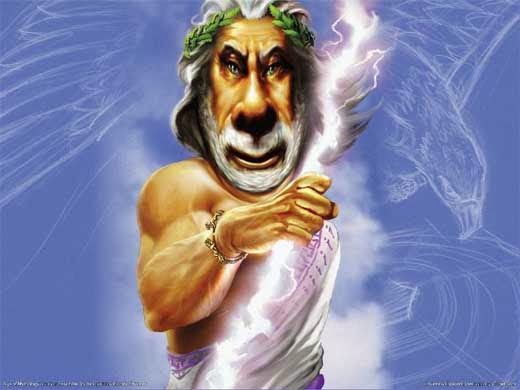 Blogging also makes me feel like a rockstar, but not the kind that has women screaming his name and throwing their panties on the stage as he bellows out their favorite songs, but rather the kind that believes he is something special because he is rocking out in his garage and random clubs with his friends with the hopes of one day getting discovered and scoring a record deal, or in my case a job as a real writer.

So remember, blogging can be a lot of fun and a great way to hone your craft, as long as that craft is witch craft because there is already way too much of that crap on the net.

It is not a get rich quick scheme; it takes a lot of hard work, dedication and lots, and lots of patience, so if you don’t plan on seeing the race through to the end then don’t even bother.

There is also a ton of competition out there, pretty much everyone and their mother has a blog and believes themself to be a writer, the next big thing, and totally not afraid to step on your head if it means getting themselves over. 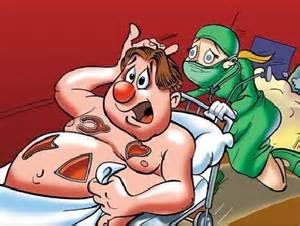 Lastly, just because you write doesn’t mean you’re a writer, just as much so as playing Operation doesn’t make you a surgeon or playing with Mr. Potato Head make you a plastic surgeon, so listen to the feedback and don’t be afraid to seek the advice of others.

Now I don’t want you to think I’m trying to persuade you from blogging, just know that it is only a launching spot, like a trampoline at Harlem Globetrotters show when they go up for one of their famous whacky and zany dunks, it is just the starting line not the finish line.