“The Freaks Come Out to Play”

“Even though I walk through the valley of the shadow of mommy bloggers, I will fear no tight asses, for craziness is with me; my rod and your vajayjay, they comfort me.”

There was a time when I really believed that the blogosphere was made up of only mommy bloggers, tight ass prudes with absolutely no sense of humor and people who believed they were God’s gift to the world of blogging.

These people scared me, they had me questioning exactly why it was that I was willingly joining this “opsphere” (if you will), at least not while being intoxicated and/or with child.

It wasn’t until about a year or so in, and digging through lots of crap, that I found out that there were in fact bloggers who thought like I did, and found the same immature nonsense funny…I was in heaven.

Don’t get me wrong, I myself have dabbled in these areas occasionally, and personally don’t really have a problem with them, I just can’t believe how over saturated the web is with writers (and I use the term loosely) who live and die by these methods.

Now these writers I’m about to share with you are freaking awesome, they are the best thing since sliced cake and glow in the dark condoms, and totally deserve your love and undying devotion.

Here are samples of how their minds work, so sit back and enjoy the madness, and don’t be afraid to dig deeper into their world and show them the love and respect they deserve. 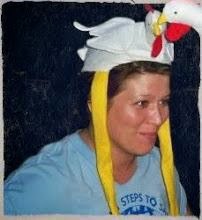 “I spent half a morning playing the hashtag game #AddSausageToAMovieTitle and wasn’t content to just ADD the sausage to the title, I felt the need to add it (badly) to pictures.” 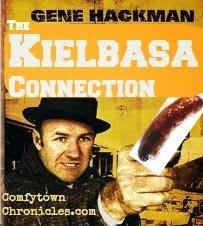 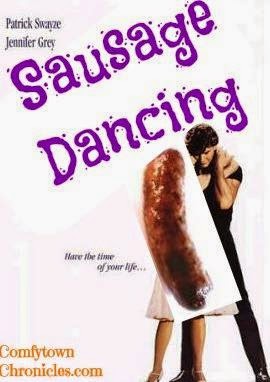 (No pictures. I'm in the Witness Protection Protection.) 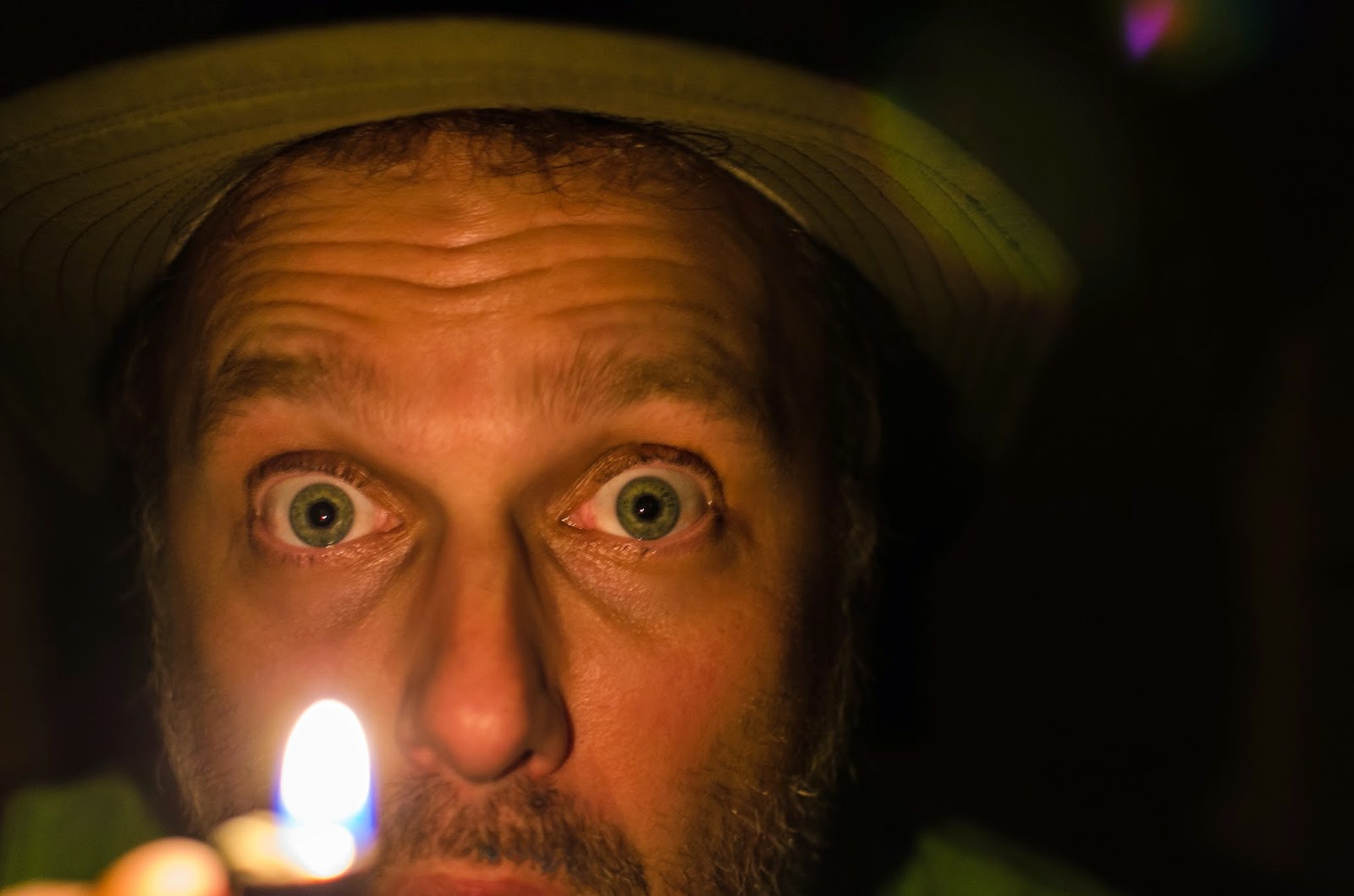 John Bryson from Smack Of Ham

“It's sad that my friend lost his arm in the car accident. On the bright side, he hasn't made a left-handed compliment since." 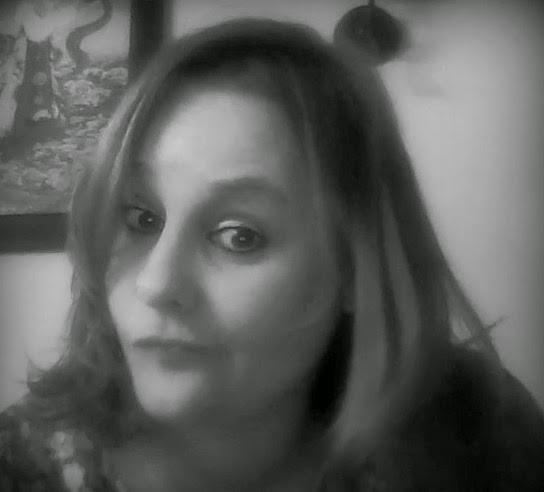 Starr Bryson from The Insomniac's Dream 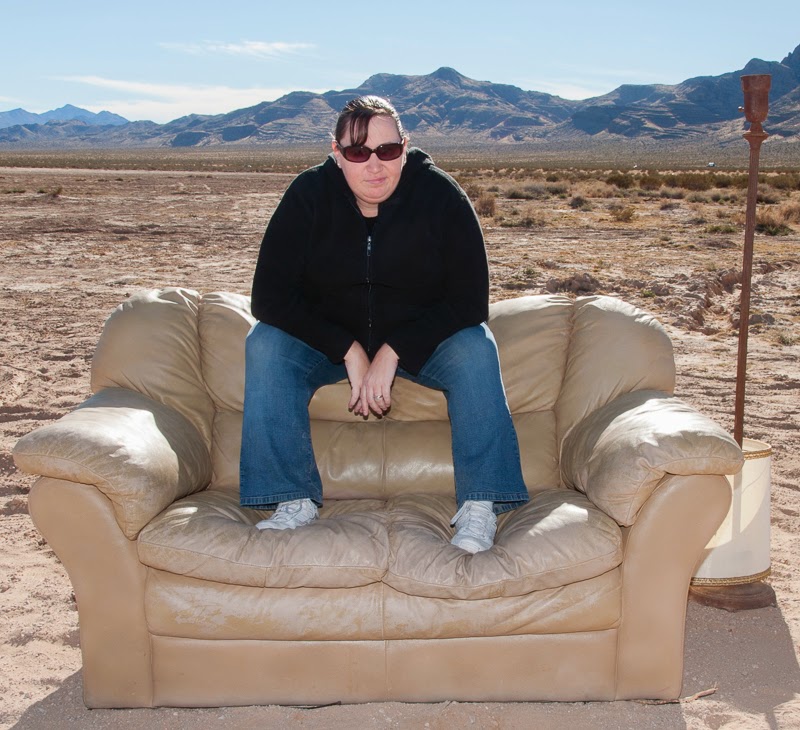 "The hamster in my brain? He's an asshole. Seriously. He makes my inner editor look all sweet and nice. At least he gives me somewhat constructive advice at times on what to do when my writing sucks. The hamster? He's just a lazy fucking bum that doesn't let me do a damn thing no matter how much coffee I drink. Fucker. I may have to fire his ass and get a new hamster." 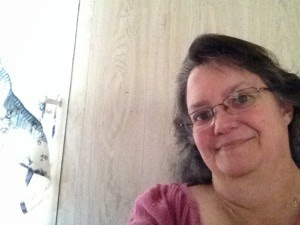 Melissa Senecal from The Preoccupied Pirate

“I am NOT a drama queen, I am NOT a drama mama!! When they say "save the drama for ya mama", I call BULLSHIT! This mama don't play that!
Now that that's off my chest, I feel much better! It's nice to be able to blow off steam, even if no one can hear me! Our warden here was kind enough to let us inmates express ourselves!

June is a pain-in-the-ass, hot-as-hell, suck-the-life-out-of-you month anyway and this one has proved even crazier than normal!! Let's hope I don't run out of rum!!

But now I can enjoy my padded cell here in the asylum and not be in any hurry to leave!” 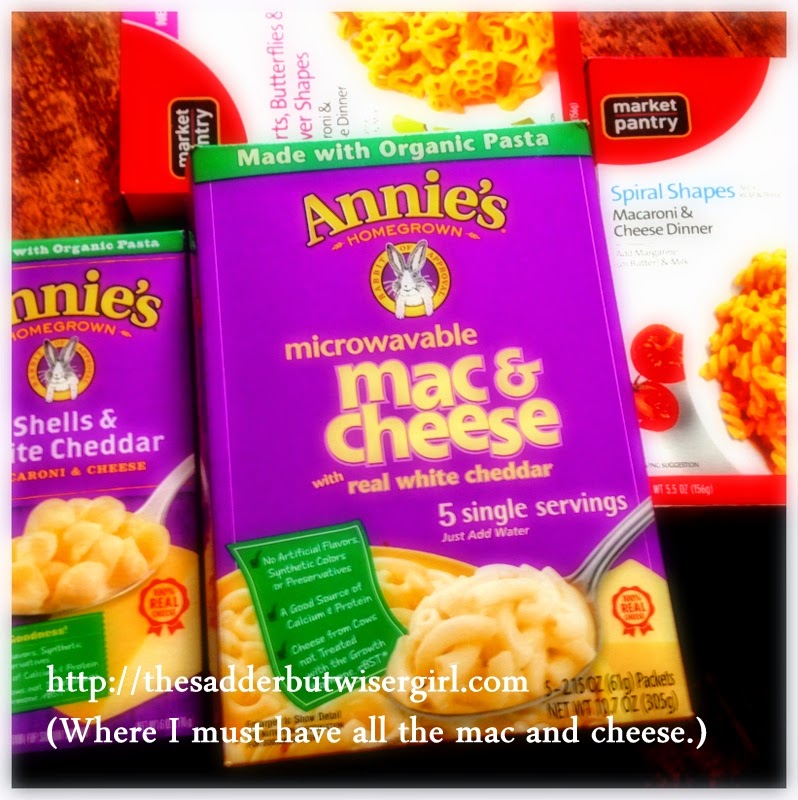 Sarah Almond from The Sadder But Wiser Girl

“As I made yet another meal for my children centered around store brand boxed pasta, I started thinking.  What did people do before there was kraft macaroni and cheese?  How did they survive?  And microwave mac and cheese...  That's definitely a dietary staple.

That thought led me to this thought:  What kind of wine best pairs with microwaveable mac and cheese?  This is important information that one really should know.

If there was a world wide boxed macaroni and cheese shortage, it would be a sad place indeed.  I don't think I would want to live there.” 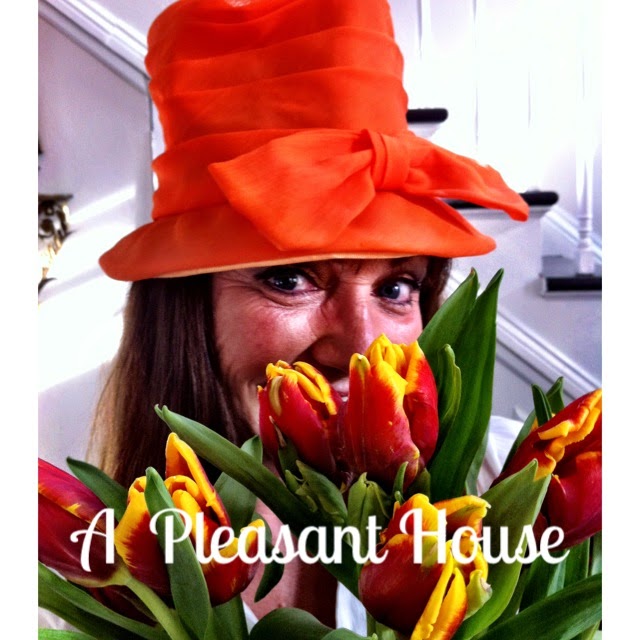 Cheryl Nicholl from A Pleasant House

“10 Things I Thought Were TRUE When I Was A Kid

Every child is a work in progress- right?

They are influenced not just by Nature, but also by Nurture, and sometimes their own little mushy brains trying to make sense of the world.

When I was a child, I had much brain mush.

It often times leaked out of my mouth, or zapped like bolts of lightening from my fingertips.

Sometimes it had to be spanked.

Let me give you a few examples:

I thought only white people could swim. Why? I don’t have a God damn clue.

It might have been that I grew-up in a Millbrook Bread kind of place. No one of color- not even those of us that lived there. We were sorta transparent we were sooooo white. The first time I saw an African American in a pool, I jumped in to save her, and I was 7. Convinced she’d drown. But- I was very impressed with the way water droplets shone on her skin. Sparkly. I always loved a shimmer.

The first time a really saw (looked/observed) a black person, it was a kid the same age (about 5), holding his momma’s hand (as was I) and we were walking in the opposite direction and passed each other. We BOTH broke away from our parents and touched each other’s faces. I said ‘hot’. He said ‘smooth’. We both got clobbered, but I think there was something ‘special’ that passed between us.

I thought that all the things that were happening in a television set were fake because they weren’t in color. I wondered why when someone took a photo of me it was also in black/white when I had painstakingly parsed a mutli-colored outfit together, complete with hair bow and snake in my pocket.

I thought my mother had brought home my baby sister from a Baby Sister store just for me. This confirmed my adoration of the woman who would do anything for me- my own living baby doll, was a good start. However, my mother who had sort of ‘bought’ into my enthusiasm, probably had not counted on me cramming open-faced grilled cheese sandwiches, lovingly prepared in my Suzy Bake Oven, down the throat of a two year old with brown sugar sno-ball chasers.  Isn’t that Mommy food? I think so.

I thought every little kid got to sit on a city street corner panhandling for change while their father was inside coping black market hooch. It was a great game. My sister and I would take off our jackets, put away our shoes, rub dirt on our faces, look very homeless and hungry, and people would just throw money at us. They never stopped to ASK if they could help, just said, ‘Poor little things. Here’s a quarter for a hot coco’. Hot coco my ass. I saved up enough money one summer to buy my own Pebbles doll. Our father thought it was genius. Of course, he did.

My sister and I played Hide-n-Seek. I once hid in my parents dirty clothes hamper. I found a bloody pair of my mother’s underpants. I thought she was dying. My first lesson in the R-E-A-L-I-T-E-S of women’s health was immediately explained. I insisted they would not be my problems. I still do.

I knew guns scared people. I knew where my father kept his. I knew the snotty little boy next door needed the shit scared out of him. So- up I went, into the high shelves in the laundry room and un-holstered my father’s revolver and telephoned Tommy to come over, and when he knocked, I opened the door with the gun in his face, just as my mother came around the corner, and, well, two things happened; the gun was removed from the house, and I didn’t sit down for days. Appropriate all around I think. Except, he never got his ass kicking- that day. Which he deserved. But I won’t think about that now because tomorrow is another day, and he’s in a prison in Michigan for assault and battery. WIN.

It never occurred to me that any money making enterprise I could dream up might be unethical.  Jeez. Who was going to arrest a cute little girl that had covered a series of ½ pint milk containers to look like UNICEF collection cups, enlisted a small group of kids in a faraway neighborhood to go door-to-door, and then give them 20% of the take? It worked-btw.

Or that my song-and-dance routine wasn’t going to garner me fame and fortune. After all, my parents dragged me out of bed to perform it often enough.  Of course, I was sorta ready… I always am.” 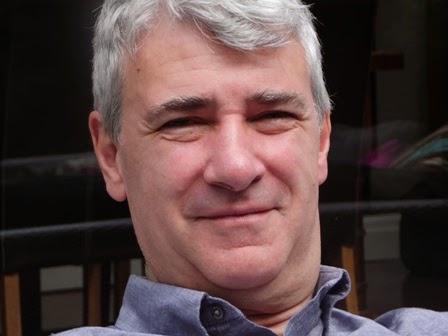 Maybe there was a time when I had more ambitious aims in the bedroom.
Nowadays, I try to impress my lover in a different way.

My good lady wife, my partner of 31 years, typically retires to bed earlier than I do so by the time I enter the bedroom she is sitting up in bed reading her Hello magazine.

I stand facing her at the foot of the bed.

Slowly, nay tantalizingly, I begin to undress, removing one item of clothing at a time and letting each drop to the floor.

My good lady doesn’t look up, pretending to absorb the glossy-page splendor of Kate Middleton and Prince William.

When clad only in my grey, partially perished, George underpants, I pause (a deliberate ploy to ratchet up the tension).

Teasingly, I slide my briefs down to my knees and let them drop, but before they hit the floor I stick out my cultured left foot and lampoon them under the elastic waistband.

Standing on one leg, with my boxers swinging from my outstretched foot, I bend forwards with my eyes closed and hands behind my back (have you got the picture?) and proceed to flip the undies high into the air.

Rotating like a boomerang over my bowed head, without moving my hands from the base of my spine, I catch them just above the nick of my clenched arse.

What a lucky, lucky lady my wife is!!

So there you have it, when the warden is away, the inmates will play.