“The ABCs of Perversion” 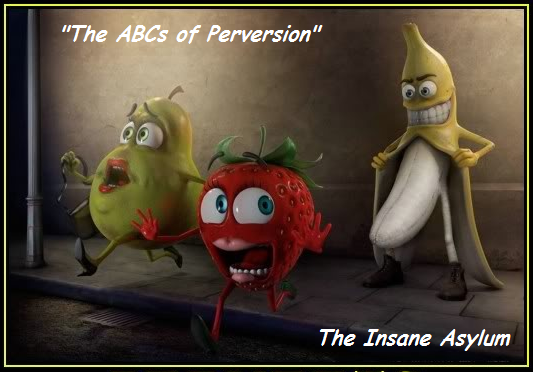 Now this piece isn’t going to be about The Jackson 5 and their hit song “ABC”, or a trip down good old Sesame Street to get your learn on, so if you’re easily offended and/or looking for some of that wholesome humor that you would find on Lifetime you’re in the wrong place.

This is a list of the ABCs of Perversion, a list of things that would make Andrew Dice Clay blush, or at least feel a little uneasy about.

A is for ass, and not as in donkey or Obama, but rather the backside of an individual. Now some are nice and firm, and others are flat and nasty, but no matter how you cut it an ass is an ass.

B is for balls, and not the kind you bounce (ouch), but rather the kind that holds the ammo and fires when the timing is right.

C is for cock, and not the a doodle doo kind, but rather the kind that enjoys a good stroking every now and then, and when left to its own devices can get its human counterpart into a lot of trouble.

E is for ejaculation, which is just about the best feeling in the world…enough said.

F is for fart, which can be both gross and funny all at the same time; it is the true laughing gas but also the original room clearer.

H is for hanky panky, which is what happens when two (sometimes more) people get together when their motors are running and sex on the brain.

I is for ice, which could be used to arouse and stimulate certain body parts when things get hot in the bedroom.

J is for Jergens, which can be used when your skin is dry, and when it requires a little extra lubrication to get things moving in the right direction, back and forth like the shake weight.

K is for kiss, which is not just for the lips, it can be done all over and often as you like, and even on the ass without the fear of being known as an ass kisser as a result of it.

L is for lick, which is what you want to do when you come across a freak with a body as sweet as candy, and just like an ice cream cone you want to make sure to do it all over.

N is for nipple, which are a lot of fun to pinch, suck and flick, depending on the person you’re with.

O is for orifice, which in a way is like playing Whack-a-mole with your penis, aim to the right hole with your hammer and try to whack the mole. Boi oi oing.

P is for pink, which all the best parts on a lady are.

Q is for quest, which is what you feel like you’re on when you’re trying to bed the person you’re with, some quests are easier than others, that much is for sure.

R is for restraints, which can be very sensual if done right and not against your partner’s will.

S is for sex, which is really the only thing worth living for, and is great alone but better with a partner(s), kind of like playing video games.

T is for t-shirts, which make boobs look great, one chest at a time.

U if for undies, which are great to pull down, just not up because no one likes a wedgie.

V is for vagina, which is really the supreme ruler of the world, whatever the vagina wants it gets.

W is for wet, which is what you hope to have the female in your life when the time and mood is right.

X is for x rated, which is what all the good movies are rated.

Y is for yes, which is the word you love to hear when your motors running but you’re not sure if your partner’s is.

Z is for zipper, which is like pulling back the curtain to reveal the great and powerful wizard of Oz, except you’re not looking for a heart, courage or a brain behind the curtain. 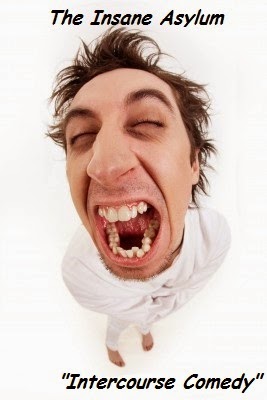 I’m behind this chick getting busy like Don Juan, we were playing naked leap frog if you catch my drift, and then out of nowhere it hit me like a ton of bricks, I got a bad case of the giggles.

Now I couldn’t tell you why it happened, it wasn’t like she was telling me jokes or anything like that while we were in the middle of getting busy, but unfortunately it happened and I didn’t know what to do.

I didn’t know if I should just let it all out and start laughing like a wild man, like a crazy hyena on crack, or if I should try to hide and finish the deed without her catching on, I was as lost as a kid on the back of a milk carton.

I decided to hold it in, only because I’ve heard that they don’t really like it when you bust out laughing while in the middle of a naked wrestling match, they take that shit personally…some people just can’t take a joke.

Holding it in wasn’t easy, not at all; I was sweating like crazy and shaking like I was having a bad seizure, which surprisingly she seemed to enjoy.

I tried biting my lip to avoid laughing; thinking that if she happened to see my face she would just think I was making one of those cool fuck faces, as if I was a real stud or something.

Unfortunately it didn’t work, the giggles came flying out of me like the steam from a ready teapot, and I started cracking up like a lunatic in a padded cell sitting in a straightjacket. 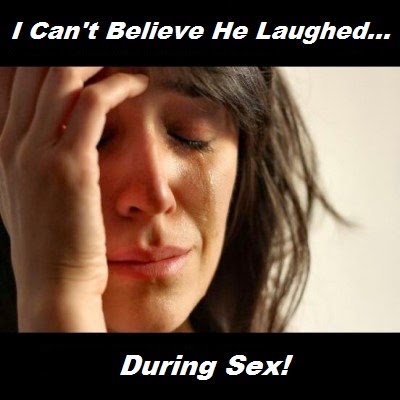 I fell off her like a cowboy from a mechanical bull, lying on my back on the bed as if I was just knocked out by Mike Tyson, laughing so hard that I could barely breathe and my pecker pointing straight up like a middle finger to her.

Needless to say I felt bad, I tried to compose myself and convince her, but rather something funny I heard earlier that day, but she didn’t buy it and ran out of the room as if the cops were after her.

I hauled ass after her, trying to plead my case and keep her from jumping off of a bridge as a result of my actions, but as I got up off the bed my feet got tangled up in my underwear that was lying on the floor and I fell flat on my face...and I think I dislocated my dick in the process.

She came back into the room to see what happened after hearing me scream like a teenage girl at a Justin Bieber concert, and as she saw me lying there on the floor crying out in pain, with a crooked cock, she started laughing. 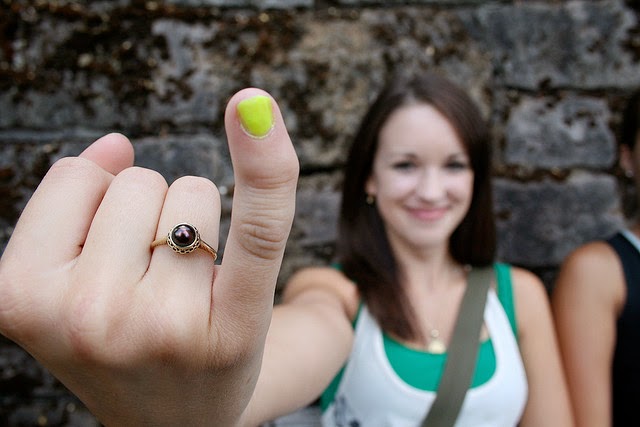 So needless to say it was quite the experience for both of us, and after we got things straightened out (literally), we engaged in sex a few more times, but from that point forward to a soundtrack of depressing music and with all our clothing as far as possible from the bed.