“The ABCs of White-Trash” 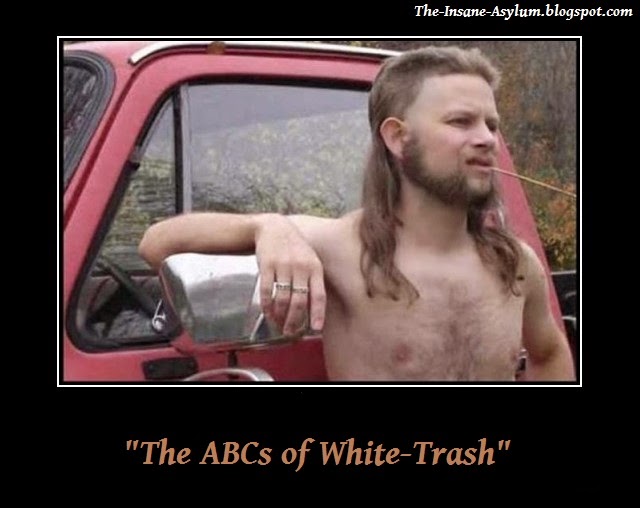 Now this piece isn’t going to be about The Jackson 5 and their hit song “ABC”, or a trip down good old Sesame Street to get your learn on, so if you’re easily offended and/or looking for some of that wholesome humor that you would find on Lifetime then you’re in the wrong place.

This is a list of the ABCs of white-trash, a list of things that would make the Bundy's (Married with Children) blush, or at least feel a little uneasy about.

A is for alcoholics anonymous, because one needs something to do when they aren’t drinking. I find it funny that when they have their drunk on they don’t care about being anonymous, but as soon as they are getting help they don’t want anyone to know, it’s a secret. If you ask me I think these people are ashamed of the wrong thing.

B is for bastard, which pretty much sums up all the kids born into white-trash families. Fathers are scarce in these families, at least ones that would admit to being the poppa without a DNA and Maury Povich. Mothers on the other hand really have no choice; it’s hard for them to deny that it wasn’t them blasting a kid of their lady parts in the delivery room.

C is for crack, and I don't mean the kind that is located down a plumber's back, which there is plenty of, but rather the kind that is white as snow and smells oh so great…or at least that’s what I’ve heard. This stuff flows like water in a white-trash household, more of a pastime than baseball is. 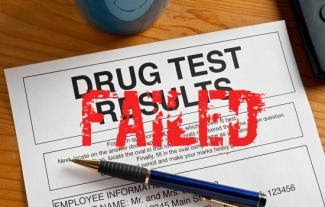 D is for drug test, they are to white-trash as kryptonite is to Superman. When one of these individuals is selected for a “random” drug test their stomachs turn, they feel as if they were just betrayed by their best friend. They know they are about to lose something that is near and dear to their heart, and I’m not talking about a job here, but rather something like foodstamps or their goodies (aka prescription drugs).

E is for eviction, because when mister landlord finally has enough of their shenanigans and decides to throw the bums out, an eviction is what they get. White-trash people are professionals when it comes to evictions, they know exactly how long they have before the big bad sheriff comes a knocking.

F is for fighting, fisticuffs and mouths running amok. It isn't a party until there is some scrapping going down like on an episode of Jerry Springer. Don’t get it twisted, they may all claim to hate the cops but they will call them when shit gets real, and unfortunately for the cops when they arrive on the scene they become the bad guys and are stuck in the middle of a white-trash hoedown.

G is for garbage, on trash night their eyes light up like the one working headlight on a hooptie, they get all happy and giddy because they know it’s almost time to shop. When the neighbors are nestled all snug in their beds, they hit the streets like gangbusters looking for all those great deals to furnish their trailers. 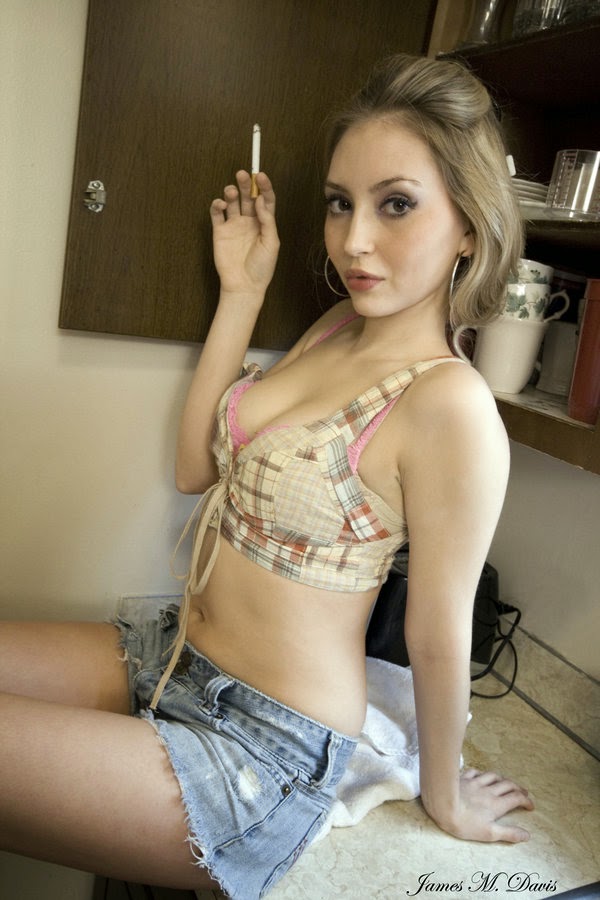 H is for hoes, which is unfortunately what all the female kind becomes when born under the white-trash umbrella. These skanks pass around STDs like Jehovah's Witnesses passing around their Watchtower crap. When their brother’s friends come over, it’s not to play Monopoly or Parcheesi, but to play naked cashier (they don’t play doctor because they don’t like to be unrealistic) with their sister.

I is for injustice, because anything that happens to them that they don’t like and/or agree with, it is labeled as an injustice. What, my car is being repossessed for lack of payment; but I’m only five months behind…what an injustice!

J is for jerk, because that is exactly what these freaks become when dealing with anyone in a customer service oriented field. They just feel it is their duty to make these people’s lives miserable.

K is for kids, and these freaks have a lot of them, from many different partners, they make BeBe's kids look like child’s play. They see dollar signs for every kid they pop out, foodstamp balance goes up and their excitement level follows suit, no more cheap hot dogs at their house. And from the birth certificate to the obituaries, these little sons of bitches are major pains in the ass and go out of their way to make our lives a living hell.

L is for lice, what can I say, some families have cats and/or dogs as pets, but in a white-trash family they have those precious little head critters known as lice as their faithful companion. There is so much lice in their hair that they would need Moses to part them just to get a haircut.

M is for manners, which none of these douchebags have. They will make sure that you, and anyone around them, knows that they are just a few brain cells from flinging poop at each other and hanging out in the zoo in the monkey cage.

N is for noise, and white-trash individuals definitely know how to make it, and they love to make it at the most inopportune time and extremely loud. God forbid you ever have to live by any of these monsters, because trust me; you won’t be having a quiet nights rest any time soon.

O is for oblivious, which is something they all seem to be when dealing with real world problems/issues, but they sure as hell can tell you what happened last night on Big Brother or Jersey Shore without missing a beat. 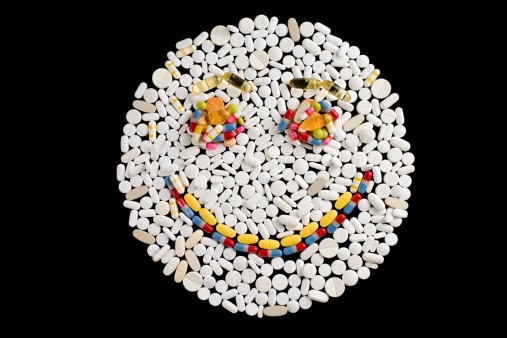 P is for prescription pills, or as most call them, party favors. Take as prescribed means absolutely nothing when it comes to these little bad boys. They are eaten like candy, sometimes even kept in a Pez dispencer…one with a Rush Limbaugh topper.

Q is for queef, the ladies don’t want to be outdone by their male counterparts so when he farts she queefs. Also, regardless of which sex dealt it, they all blame it on the dog because it’s just the funny thing to do.

R is for roaches, these families have both, the ones to hold their little joints, and the big brown ones that come out at night when the lights go off, just like Batman. Surprisingly they don’t seem too concerned and/or willing to get rid of either any time soon.

S is for sue, and we’re not talking about a woman here, but rather the possibility of scamming someone, or some company over all with the hopes of scoring a big payday. These people live for the chance to sue, when an occasion presents itself they get all excited like a kid on Christmas morning waiting to open up his/her gift while mom and dad are sleeping.

T is for terminated, because nothing makes a white-trash individual feel as if they won the lottery more than getting fired from their job, because they know it’s now money for nothing and checks for free. Unemployment is their dream job. 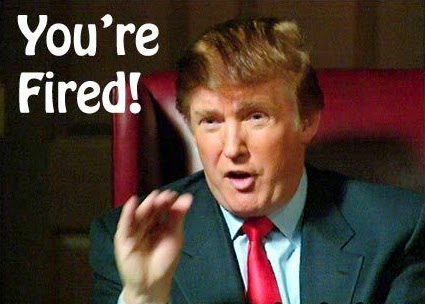 U if for underwear, which is something that they won’t change all that often, that is unless you count turning them inside out as changing them, because then it is a little more frequent but still not enough to warrant good personal hygiene.

V is for violence; because when words just aren’t enough to hurt someone and crush their soul it’s time to get all fisty, stabby and shooty on their asses. That’ll teach them!

W is for work, which is something they try to avoid at all costs. Work is for the weak, for the people who like to pay all their bills on time and junk. And when they desire something shiny and new it’s time to hit the pawn shop to sell something they “borrowed” from their next-door neighbor.

X is for Xanax, they all take it and totally wipe their asses with the recommended dosage amount, because they are rebels and they are not having any of that nonsense. Trust me, they don’t take it to deal with anxieties/stresses in their life, considering none of them have jobs, bills or just about anything else that would cause a normal person to rip their hair out, so we all know that’s not it. The only reason they take it is to be like a kite. They say you trip when you take a bunch of it, but if you ask me, if I wanted to take a trip without leaving my house I would just watch the Travel channel.

Y is for yelling, which is an art form these kinds of people excel in. If it was an Olympic event they would take home the gold every time. They especially love to yell in public, where there are many ears around to hear all the crazy they spew from their pieholes. 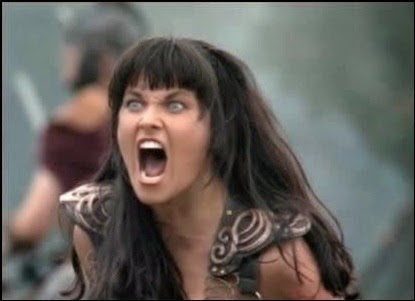 Z is for zero, which is the number of times that a white-trash individual will brush their teeth and/or put on deodorant on any given day. What you don’t believe, try going to any Walmart and you will see I’m not lying here.

Well there you have it, the ABCs of white-trash brought to you by the mind of a man whose brain is stuck on crazy around the clock.

Now if you actually made it to the end of the piece without punching your computer screen and calling me something derogatory, then I got some other works you might like.

“Difference Between White-Trash and Redneck”
“The ABCs of Perversion”
Posted by Michael J Mele at 1:39 AM