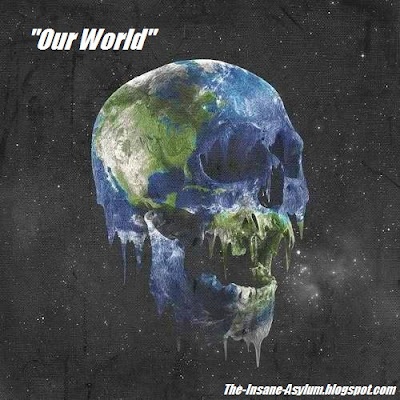 I don't want to be a grown-up; I want to be a kid again, and not because I want to play with my favorite toy(s) and/or relive fond past memories of when I was child, but rather because this world of ours seems so very bleak and miserable, and only getting worse with every passing day.

When we were younger the scariest thing we had to worry about was the monster under our bed or in the closet, and no matter what our imagination conjured up, it was nothing as fierce as the real-life monsters who we share this planet with today.

Maybe things were just as bad back then, as they say ignorance is bliss, but without a doubt the warm embrace of a parent and/or loved one would chase away any evil that dared to show its face, or at least that’s what we believed and that thought alone kept us comforted and complacent.

There are terrorist attacks, computer hacks and everywhere you look there is some form of hate running rampant, and that’s only some of the horrors that play out on the stage where we perform the show called life, hoping that one day the curtain will close putting an end to all the nightmares.

We still play make-believe, but no longer are we playing house and/or fighting crime as our favorite superhero.

We now act as if we see the glass as half full and/or replace negative thoughts with positive ones, that all the chaos around us will somehow disappear leaving us as happy as a kid on the last day of school, but deep down we all know that’s not accurate.

We create religions and cliques (political, social status, etc), anything to help us make this journey somewhat easier, a little more tolerable and not as frightening as if we were to go about it on our own, a false sense of security if you will.

We keep ourselves constantly medicated, whether it is by drugs, alcohol or just about anything else that will keep our minds satisfied long enough to allow us to escape, even if only for a brief moment, the brutality that is the world we know.

Our world is a take no prisoners kind of world, it doesn’t care how you feel, what you believe and/or how you think things should be done, it will use you up and toss you aside and never think twice about it.

I’m not saying that trying to manage this world of ours is hopeless and/or not worth it, not by any means, I only want you to be aware of your surroundings and not proceed with the mindset that everything is well and that we are safe.

Some would say that I am being pessimistic or even cynical, but the brunt of it is that I’m looking at life without the blinders on, without the rose-colored glasses that are passed around like 3D glasses at the theater as soon as we are old enough to truly understand what is happening around us, and I’m finally seeing it for how it is.

The shroud of misdirection has been removed from my eyes; I am now able to see things for what they truly are, false promises, phony philosophies and sugar coated dreams that are really just nightmares in disguise.

I am aware that there are some righteous and upstanding people amongst us, but for the most part they are overshadowed by the bad in this world, because either they don’t speak loud enough to have their voices heard or because their actions aren’t as boisterous as those of their dark counterparts, either way it would seem that evil is winning the war for our souls.

It’s a battlefield out there my friends, not a walk in the park by any means, so do what you need to do to survive the best way you know how to, and I wish you the best of luck on your voyage.

For the record, I am not against having hope and/or finding a crutch (if you will) to help you make it through this cruel world of ours, actually I believe it's absolutely necessary, that is if you don't wish to become one of the evils yourself.

I just know that knowledge is power, and knowing exactly what you're facing will only help us to beat it, to make it to the mountain top, if that makes sense? 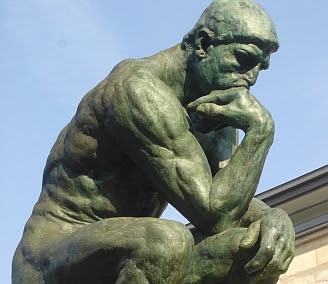 Am I having a bad day, or are the scales of justice really tipped in favor of love, hope and positivity, or is this really the harsh reality that we all hide from and pretend doesn’t exist?

I guess the answer to that question all depends on the prospective and mindset of the individual who is being asked.